I love sake. My attitude towards drinking sake is not for getting drunk. I want to find some sake which are memorable. It’s the same philosophy as how I select horror movies. I always enjoy watching the movies which can haunt me for long. Although it’s somewhat a weird thing to compare drinking sake with watching scary movies; indeed it reflects the way I make a choice. So, which sake have I been obsessed with? The answer is Dassai’s Junmai Daiginjo.

The distinctive characteristics of Dassai have given me so much to remember. The fruity aromas and well-balanced bold taste had been lingering in my mind. A craving for Dassai triggered my memory of the Dassai 39 I recently bought at the LCBO store. It was actually kept in my fridge. I believed the best way to consume it was with a few friends. Then an idea came to my mind. I wanted to have a sweet pairing for it – drank the Dassai 39 with the dried mango slices. I have a friend who likes to dry mangoes at home, and she is glad to try out various types of sake. Alright! She could be one of my tasting partners. Other friends whom I invited to taste Dassai 39 together were a couple living in a country estate. Their home was used as the venue for the private sake tasting party.  The Dassai 39 and the dried mango slices were brought to the house.

Dassai 39 is the second best quality of “Junami Daiginjo” in the “Dassai” family. Its name, “Dassai 39”, indicates that the “Yamada Nishiki” rice is milled down to 39%. Since Dassai is famous for its superb fruity fragrance, I think the best way to trap the aromas for a longer time is using the wine glass. For this reason, I undoubtedly chose a red wine glass as my sake service vessel at the tasting party.  After the sake bottle had been opened, I poured my Dassai 39 into the glass. The drink was clear and colourless in appearance, with alcohol level at 16%. The fresh scent quickly wafted into my nostrils, which was like a spring breeze. On my first sip, I tasted a splash of sweetness with lychee, peach and honey flavours spread through my palate. The rice flavour was very subtle. Although the mixed fruit flavour was a little stronger than that in Dassai 50, I could say the taste of Dassai 39 was fruity-yet-dry. This sake had a mild acidity, and it would be appreciated by any drinker because it was very smooth, well-balanced and easy to drink. The after taste was long and refreshing.

The house owner and his wife are wine lovers, but they have never been big fans of Japanese sake until that night.  Why?  Because they almost fell in love with Dassai 39 after first few sips. I was really surprised yet delighted by their responses, taking the fact that it was their first time to drink Dassai.  There was a funny thought went through my mind at the tasting party that Dassai 39 was like a wizard who had magical power to twist people’s taste!

The homemade dried mango slices brought over by my friend were made with fresh mangoes. After the skin was peeled off, the mango was cut into slices. Then they were placed into the dehydrator to be cooked for 11 hours. I liked the dried mango’s chewy firm texture and sweetness. Its fruity aroma paired well with my Dassai 39 as it enhanced the sake’s distinguished characteristics. The pair was a good example to show how sake and food complement each other. I felt like I was a “matchmaker” who had found a good wife for Sake, and I was glad that my prediction was right! 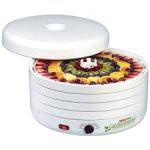