Wedding by the lake. How romantic it is. Muskoka is undoubtedly one of the most popular destinations in Canada for resort and cottage weddings. I recently came across a Jewish wedding held on a floating platform at the cottage I stayed earlier this summer. The ceremony was followed by a wedding banquet at the resort restaurant. In Canada, wine is almost always served at weddings, whether it’s sparkling wine for toasts or a glass of table wine with dinner. Having said that, sake, the Japanese rice-wine, is seldom chosen by Caucasians as an essential alcoholic beverage on their wedding menus; although sophisticated sake is going mainstream in the Western world.

Whereas in Japan, sake is indispensable to the traditional Shinto weddings as it is regarded as a ritualized drink to form a bond between bride and groom. During the binding ceremony known as “San San Kudo”, the couple has to drink sake by using three different sizes of cups. Sake is poured nine times in three rounds. Hence, “San San Kudo” ceremony translates as “three-three-nine-times”, reflecting three oaths taken three times.

The smallest cup is used for the first round, which is first poured to the groom; then he drinks from it before offering it to the bride. After the bride has finished her sip, she offers it back to the groom. The medium-sized cup is for the second round. Pouring of sake goes first to the bride in this round, then to the groom, and back to the bride. The final round, with the largest cup, goes from the groom first, then the bride, and the last sip is taken by the groom. Hence, the “three-three-nine-times”. Since “Three” cannot be divided in two, “three” is considered to be a lucky number for a wedding in Japanese culture.

Outside the Shinto shrines, sake is commonly served at the wedding receptions in Japan. Nowadays, the bold and expensive Juyondai Sake, as known as the “King of Sake”, is one of the most popular sake brands consumed at weddings. I am not surprised to learn that Juyondai Sake tops the sake list as the most picked for weddings, because using the best drinks to treat the guests is the Japanese way of hospitality and etiquette. 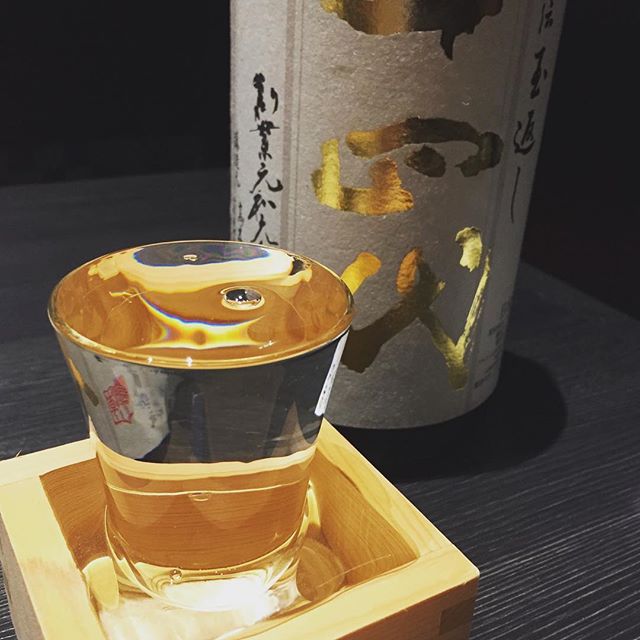 Juyondai Sake is produced by Takagi Shuzo Ltd. The brewery was founded in 1615 in Yamagata Prefecture. In its long history, Takagi Shuzo had been a small family business barely known by the foreign consumers, until 1993 when the president’s son, Akitsuna Takagi, at age 21, took the position of toji (head brewer). He learned the art of brewing on the job, and eventually set out to make a distinctive sake, one that fruit forward and vibrant as opposed to the light and dry style that was popular at the time. In the 1990’s, it seemed to be a gamble in the sake world but it turned out to be a great success. Akitsuna Takagi named the brand “Juyondai”, meaning “the 14th generation”, in honour of his father and symbolizing the long lineage of the family.

Throughout the years, production of Juyondai Sake remains small. In the bad years, if the rice does not grow into the required standards for sake brewing, the toji will call to cancel the production of the highest grade of sake. Takagi Shuzo usually brews around 2000 koku per year, as “koku” is the measuring unit for brewed sake, and 1 koku equals to 100 x 1800ml bottles. Such a quantity is for the brand’s 20 different types of sake including the often experimental limited brews which are not available outside of Yamagata Prefecture. The small production keeps demand remaining high and it almost guarantees that stocks are sold out every year. In the Asian countries, prices for the most expensive Juyondai Sake could likely be in the CAN$4500 range per bottle.

Juyondai is the kind of sake fans travel for. Drinkers do not mind traveling to Yamagata Prefecture for the “limited edition” sake. Today, Takagi Shuzo continues to develop new product lines. The company in collaboration with Hidetoshi Nakata, Japanese international soccer star, created a new brand “N Sake” last year. And earlier this summer, they have announced the first release of Juyondai “Black Label”. New product launch aims at international market, while emphasizing the new sake pairing well with international cuisines. I am anticipating to see “N Sake” and Juyondai “Black Label” to be served at some fancy Canadian wedding banquets soon.